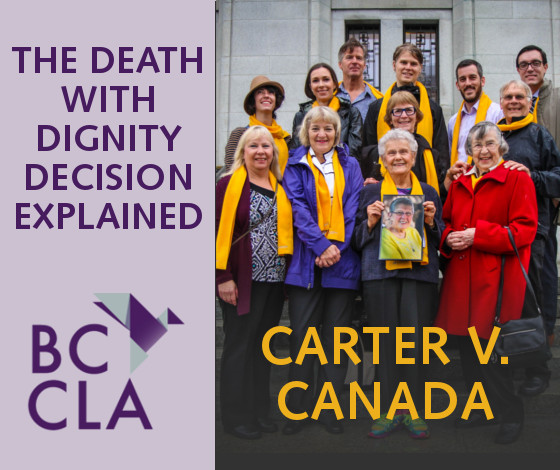 Today, the Supreme Court of Canada, in a unanimous decision, confirmed that Canadians have the constitutional right to choose physician assistance in dying.

The country’s system for handling end-of-life care is largely broken and should be overhauled at almost every level, a national panel concluded in a report released on Wednesday.

MY father would have been thrilled to read “Dying in America,” a new report by the Institute of Medicine that argues that we subject dying patients to too many treatments, denying them a peaceful death. But he would have asked what took us so long. A physician from the late 1950s to the late 1990s, my dad grew increasingly angry at how patients died in this country, too often in hospitals and connected to machines and tubes he knew would not help them.

Sara Thomas Monopoli was pregnant with her first child when her doctors learned that she was going to die. It started with a cough and a pain in her back. Then a chest X-ray showed that her left lung had collapsed, and her chest was filled with fluid.

The address given by the President of Dying With Dignity ACT, Jeanne Arthur, to the The World Federation of Right to Die Societies Conference in Chicago 2014

Last month, a spellbinding 10-hour debate to legalize physician-assisted dying took place in Britain’s House of Lords. Since Americans are unfamiliar with this legislative body, it bears mention that most peers in the upper house of Parliament have been appointed for life for their experience in public service or for…

For decades the majority of Australians have believed that those who are suffering intolerably from a terminal or advanced stage of an incurable illness should have the legal right to request and obtain medical assistance to end their lives with dignity. Many prominent Australians support law reform. View the full list of ambassadors at Dying with Dignity Victoria

There are no upcoming events at this time.